Are you looking phone to buy now at the end of the year or the beginning of a new year? Well, you don’t have to worry as we have the best phones in 2019 here.

Yes, 2019 is over now and it was a crazy year for the smartphone industry. I am absolutely thrilled to see phones like Realme X2 Pro and Xiaomi K20 Pro this year which happen to be the budget flagships now. They are taking the spot of Oneplus as Oneplus is moving to the flagship segment. But, hey, let’s not forget what are we discussing here.

Samsung’s Note series is always there on the list and this time they are at the top. The Note 10+ is just amazing and offers everything that’s possibly a phone can do. It’s a flagship device that has a huge display, the S pen support and the most powerful processor for the time and then the cameras that you cannot complain about.

The body is complete glass in front and back and there is the Gorilla Glass 6 protection too which keeps your phone safe. The display is a Dynamic AMOLED Panel of 6.8 inches with a resolution of 1440×3040 pixels. It gives you a pixel density of 498 PPI. Its a 19:9 aspect ratio panel with the screen to body ratio of 91%. It gives you a great design and looks, especially the placement of the selfie camera which makes it unique and special.

The phone packs 12GB of Ram, 256 & 512GB of Ram then you can also expand it up to 1TB. This is kind of more than enough but you always have to futureproof. So, you don’t have to worry about the Ram or Storage part. And, then there comes the 7nm processor which could be Exynos 9825 or the Snapdragon 855 depending upon your location. But, both of these chipsets are quite powerful and are superfast. You also get the Android 9 Pie along with the One UI.

The battery capacity of 4300 mah combined with the superfast 45W Charging is just stunning. And, then you can never ignore the Wireless and Reverse Wireless charging. What else do you need?

But yeah, you can never ignore the cameras as they are the one thing that most of us look for. And, the Note 10+ performs phenomenally with the quad-camera set up in the rear. The 12-megapixel sensor with the 1.4-micron pixel size has dual pixel PDAF 7 OIS and its 27mm wide with the variable aperture between f/1.5-2.4. Then there is another 12-megapixel telephoto sensor with PDAF & OIS and supports 2x optical zoom with f/2.1 aperture size. The third one is a 16-megapixel ultra-wide lens with f/2.2 aperture and gives a super steady video. And, finally, the fourth one is a TOF 3D VGA Camera. You can record 4k videos at 30/60 fps, 1080p videos at 30/60/240 fps and 710p videos at up to 960 fps. There is also support for Electronic Image Stabilization and the Optical one.

Now, let’s talk about the selfie camera which is placed in the center and looks very distinct and beautiful. It’s a 10-megapixel sensor with f/2.2 aperture and pixel size of 1.22-micron. So, this is the best smartphone selling for Rs 79,999 with great specifications and powerful performance. And, talking about the best phones you cannot ignore it.

Everyone doesn’t like Android and a lot of people go with Apple phones. And, when it comes to Apple devices you can’t really complain. They always produce the best phone and this year again they are at the top. The Apple iPhone 11 Pro Max. It’s a complete glass design with the stainless steel frame on the sides. You can keep it underwater up to 4 meters for 30 minutes as its IP68 Certified. The Super Retina XDR OLED display of 6.5 inches with a resolution of 1242×2688 pixels and gives a pixel density of 458 PPI. There is the screen to body ration of about 87% in this 19.5:9 aspect ratio panel.

Apple still sticks with the 4GB Ram and they also kind of optimize it very well with the 64/256/512 GB options. The 7nm A13 Soc is absolutely beast combined with the ios 13 and performs very well. You can’t really complain about the performance here as they give you the best optimization and the 3969 mah battery with 18W fast charging and wireless charging makes it even more appealing.

But, lets come to the cameras and this time they have a distinct design for the cameras probably you are aware of it. The Triple Camera set up includes a 12-megapixel sensor with f/1.8 aperture and pixel size of 1.4-micron. Then the second camera is a 12-megapixel telephoto lens with f/2.0 aperture which also has 2x optical zoom. And, the final one is a 12-megapixel ultra-wide-angle sensor with f/2.4 aperture. There is PDAF and OIS with HDR Support. You can record 4K videos at 24/30/60 fps and 1080p videos at 30/60/120/240 fps. So, it’s kind of great.

This is what makes it the best in the business, the cameras. You cannot understand it with the on-paper specs but the cameras are really awesome. Everything is great and you cannot ignore the Apple logo in the back, this is what you pay for actually.

Oneplus is there for the past few years and every year they have their place here in the list. Yes, they are kind of producing the most demanded devices but this year they are pushing their limits at least in terms of pricing. The Oneplus 7T Pro is a phone not so pricy but is a flagship device.

Ir comes with glass design and an aluminum frame that looks amazing and yeah they still give you Gorilla Glass 5 protection. And, there is no wireless charging too despite having the glass design. The 6.67 inches Fluid AMOLED Display has a resolution of 1440×3120 with a pixel density of 516 PPI. It’s a 19.5:9 aspect ratio which looks beautiful and gives you a screen to body ratio of about 88%. It has a 90hz refresh rate, HDR10+, DCI-P3 100% and that’s great.

The Snapdragon 855+ is just outstanding and combined with the 8/12GB Ram gives you stunning performance. And, the Oxygen OS is the fastest UI that you get here. And, the 256GB UFS 3.0 Storage adds more to it. Android 10 and OxygenOS 10 combined together to give you the best possible thing you can get. The 4085 mah battery with the 30W Warp charging gives you enough juice that you will need.

The cameras are not that great but they are good. The 48-megapixel sensor is kind of great with f/1.6 aperture. The secondary camera is an 8-megapixel telephoto sensor and a third 16-megapixel ultra-wide sensor. There is dual LED flash, HDR, OIS, EIS and whatever you need in the cameras. You can record 4k as well as 1080p videos at up to 60 fps and also at 240fps for the 1080p videos. And, then you can record 720p videos at 960 fps.

In the front, there is a  motorized pop-up camera of 16-megapixel with f/2.0 aperture. It is capable of recording 1080p videos only. But, yeah the smartphone is great and is kind of value for money devices.

Until now we had the phones that everyone would like but this one is a gaming phone. And, it has the most powerful specifications and value for money tag attached to it. But, let’s make it very clear that the cameras are not so good here. You should not be looking at the ROG if you are a camera guy.

The design that you get is kind of something that gamers would love and its made up of glass from the front only and aluminum frame. The 6.59 inches AMOLED panel has a resolution of 1080×2340 pixels with a pixel density of 391 PPI. There is about 80% screen to body ratio because of the notch at the top. But, there is a 120hz refresh rate which is just mind-blowing. There is no other phone giving you what this device is offering.

The Snapdragon 855+ soc combined with Android 9 Pie and ROG UI is something that will surprise you. You can’t really complain about the performance as this one is a performance-oriented device. There is 8/12GB of Ram there to manage the multi-tasking and when it comes to storage you get 128/256/512GB and even the 1TB too. Then there is 6000 mah battery and Quick charge 3.0. It’s massive, hell yeah!

And, talking about cameras they aren’t that decent too. You get the dual camera set up with a 48-megapixel primary sensor and a 13-megapixel wide-angle lens. It is capable of recording 4k videos at 30/60 fps and then 1080p/720p videos. The selfie camera is a 24-megapixel sensor that can record HD videos too.

So, this is what you get with the gaming phone. The performance and battery life is unbeatable here. And, definitely one of the best phones of 2019.

Moving ahead we have the Realme X2 Pro which comes from a brand that is not even two years old as of now. They are kind of killing the whole competition. We had the Redmi K20 Prp to be considered as the best flagship killer but this one is just giving them stiff competition. Its a budget flagship device for a midrange price and offering flagship specs.

Coming to the hardware p[art we have Snapdragon 855+ Soc with Adreno 640 combined together. The Ram options include 6/8/12GB combined with 64/128/256GB storage options respectively. Now, here is a trick, the 64GB model uses UFS 2.1 storage while the other two are on UFS 3.0. So you will have to be careful here. There is a 4000 mah battery with the 50W Super VOOC Flash Charge.

The phone has the quad-camera set up in the rear with a primary camera being a 64-megapixel sensor with f/1.8 aperture. The second one is a 13-megapixel telephoto lens with f/2.5 aperture. The next one is an 8-megapixel ultra-wide lens and a 2-megapixel depth sensor as the last one. You can record 4k videos at 30/60 fps which is kind of great for a phone like this.

In the front, there is a 16-megapixel sensor with f/2.0 aperture in the water drop style notch at the top. This can also record 1080p videos at 30 fps. This is the phone that you get for just Rs 30,000 and competing against most of the phones with double the price. You can consider it one of the best phones of 2019

So, these are the best phones of 2019 that we have here ranging fro different segments. Now, everyone has their own specific needs depending upon their budget. So, something that might be best for you may not be suitable for others. But, here I believe that these phones are the best in 2019.

If you don’t have any budget issues then you can either go for Samsung or Apple. But, those who have to decide a budget will work on the details. You can choose a Oneplus device anytime as a budget flagship. And, Nowadays Realme and Xiaomi are doing quite a good job.

Now, tell me what do you think of these best phones of 2019?

10 Things you Should not do on Internet

Realme U1 Pros and Cons – A budget Selfie with struggling... 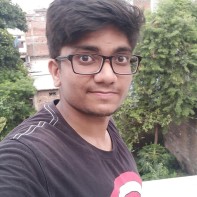 ABOUT US
Gadgets To Know presets to you the tech that actually matters in the fields of smartphones, gadgets, apps, tech, reviews, etc. We aim to focus on the quality of content that you would love.
Contact us: mail.gadgetstoknow@gmail.com
FOLLOW US
© Gadgets To Know - All Rights Reserved
MORE STORIES

Redmi Note 7 Pro Review with Pros and Cons: The phone...